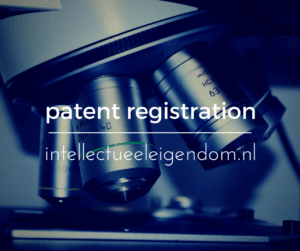 We will explain you everything about the patent registration. Therefore, you will read how we can apply for a patent for you, what the definition of a patent is, but also how applying for a patent works and what the costs are in the Netherlands, Europe and worldwide.

What is a patent?

A patent is an exclusive right on an invention, technical product or process. There are four requirements that have to be fulfilled before something can be patentable. These four requirements are written in the Rijksoctrooiwet and are:

In the Netherlands many people still feel that a patent can not always prevent others from copying your invention, product or process, but that a patent can be a very good weapon. What we mean by this is that a lawyer has a bigger chance of successfully appealing to the other party if you have described your invention as good as possible in a legal way by a patent representative.

How to figure out if you can patent your idea

Request a quote without any obligation
Request now

How do you apply for a patent?

After reading this article you will know exactly how to apply for a patent according to the correct procedure.

How does the patent procedure work?

We know several patent procedures. The Dutch procedure from article 24 to 39 as described in the Rijksoctrooiwet and the procedure from the European Patent treaty. Both procedures for patent application in the Netherlands and Europe will be discussed below.

Before you start, you can of course take a look in the patent database and see if your invention is already patented. Checking for a patent can be done online in the Netherlands in the database of Espacenet.

How do you apply for a patent registration in the Netherlands?

The procedure for the application of patents in the Netherlands has five steps, namely:

Of course everything starts with the submission of the patent application. Then you have to submit a request for research of the state of the art within 13 months. If you do not do this within 13 months after the application, it expires.

No later than 18 months after the date you submitted the patent it will be published in the Dutch patentregister. Afterwards the 20 year patent will be granted.

How do you apply for a patent in Europe?

Applying for a patent in Europe is a more complex procedure that takes longer than the Dutch procedure.

The European procedure starts in Rijswijk or München. Although, a European patent will only be granted after the European Patent Office (EOB) has investigated whether the application fulfills the form requirements and the material requirements. This procedure takes longer than the Dutch procedure and has four phases, namely:

How do you apply for an international patent?

Actually there is no worldwide patent. But there is the Treaty on Collaboration on Patents (Patent Cooperation Treaty). With this PCT treaty you can apply for a worldwide patent through one application procedure. It is absolutely not recommended to apply for an international patent for all the countries in the world. This involves too many costs and is also not useful.

During and after the international patent application you can research in which countries the registration is wise. You have 30 months for this. This is seen as one of the big advantages of this procedure compared to the European or Dutch patent procedure.

What are the costs of a patent registration?

The costs of applying for a patent are pretty high, but if it is done well it is worth the trouble. Because you will be able protect your product, invention or improvement to a process.

This is how we get to the cost of an application. These are the submission rates and the research into the state of the art. In addition, the legal advice of patent representative also involves costs during the procedure. When the patent is finally granted you have to maintain it and the enforcement of the patent also involves costs. The costs of patent can thus be divided into four parts:

Costs patent application in the Netherlands

The costs for applying for a patent in the Netherlands consist of two parts. There is the submission rate of € 120,- and the mandatory research into the state of the art, which is € 100,- or € 749,- for an international application. The costs of a patent representative are between € 2,000 and € 10,000 euro.

Enforecement is by far the most costly. Therefore, it is recommended to reserve money for this. If you have used the service of a patent representative to apply for the patent, the chance of infringement is often smaller and the stick to fight with stronger in case of infringement. According to the Rijksdienst for entrepreneurial Holland there are around 140,000 patents in the Netherlands, but only about 25 yearly patent cases. But the costs for such a case can be from € 20,000 to € 70,000 euro.

The more countries you choose to register your patent, the higher the maintenance costs will be.

In addition, you also have to pay for the translation by the EOB.

The costs for applying for an international patent are usually correlated to the amount of countries where you want your patent to be valid. Through the PCT procedure you can make a patent valid in many countries for around € 4,000,- to € 5,000,- per patent. From the third year the costs will significantly rise.

Of course for an international application there are also costs for a patent representative involved. These start from € 20,000 euro and can rise to € 50,000 and € 100.000 euro for the entire procedure.

How long is a patent valid?

Can you apply for a patent yourself?

Request a quote for your patent application

Get to know the costs in a few steps
Request now 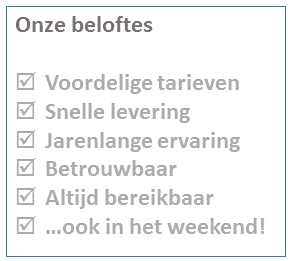